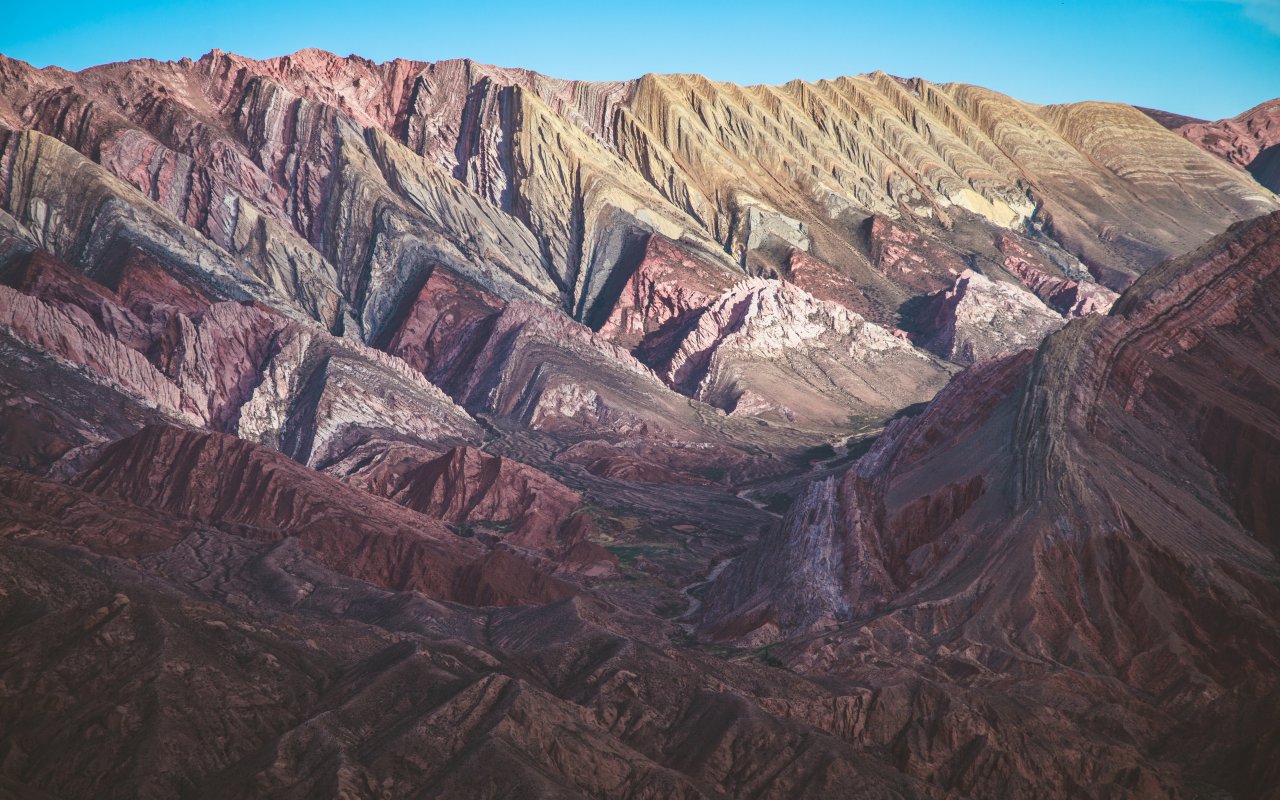 Top 10 of a travel in North Argentina: Jujuy

Go to the province of Jujuy!

The country is vast, and within this vastness lies the northwestern part of Argentina, which is divided into several provinces: Jujuy, Salta, Tucuman and Catamarca.

The region of Jujuy, in the far north, shares its border with Bolivia at the La Quiaca-Villazon crossing. This is an excellent option for those who wish not only to travel to Argentina but also to continue their journey in Bolivia, especially in the Salar d’Uyuni and South Lipez regions.

To the west are the Salinas Grandes, a huge saline area whose road leads straight to Chile and the Atacama Desert!

Jujuy is rich in puna desert landscapes, multicoloured mountains that bear witness to a fascinating geology, an Andean culture still very present in the villages of the Quebrada de Humahuaca. If the traveller takes the time to discover the most remote corners, he will discover a luxuriant jungle rich in an extraordinary and exotic fauna and flora!

We wanted to present Jujuy to you in its most beautiful light and what better way than to make a photo portrait of this province?

Here is in 10 pictures, the most beautiful face of the province of Jujuy! 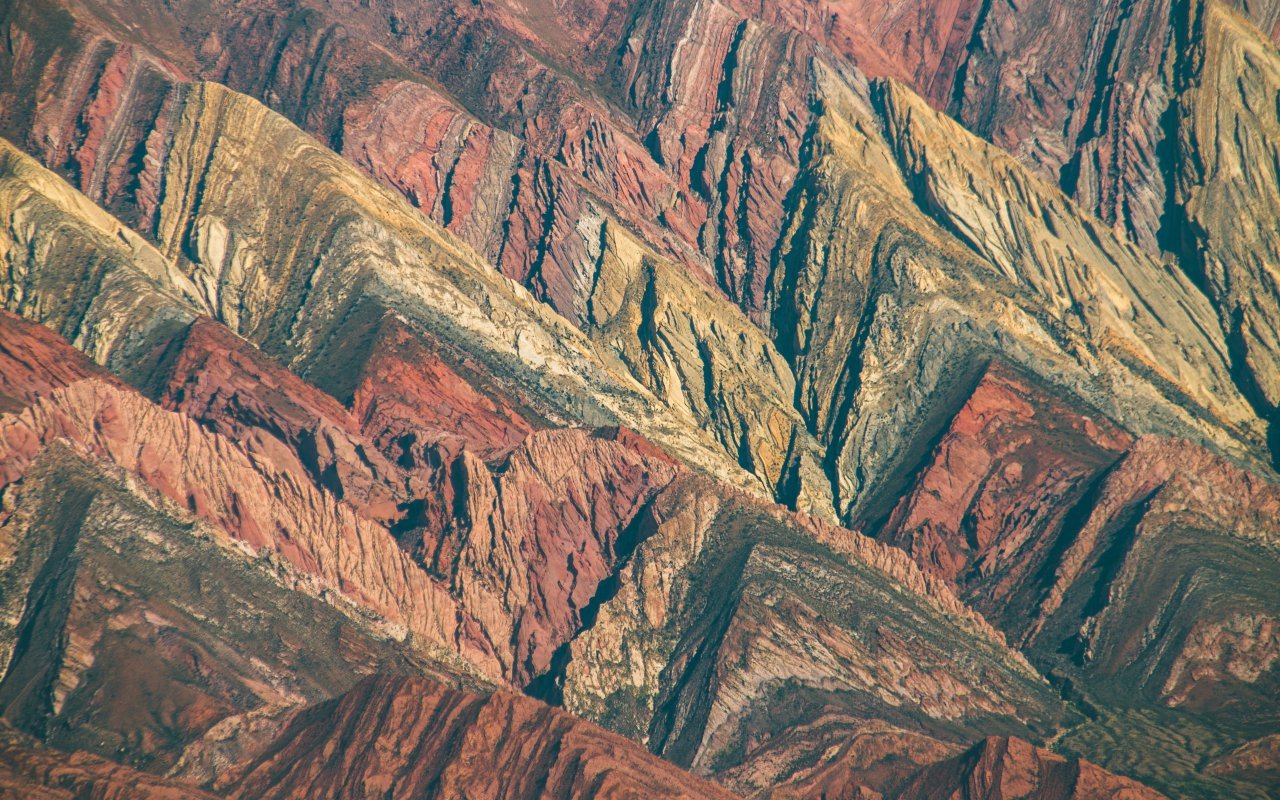 The Serranía del Hornocal is a geological formation that stands out for its great variety of colours: it is known as the Mountain of 14 Colours or Cerro de los 14 Colores.

In order to enjoy the landscape, an area has been demarcated as a viewpoint at 4,350 metres above sea level. The viewpoint can be reached by car and it is from there that the best panoramic views can be obtained.

The road leading to this viewpoint is worth the diversion: it passes through the Puna landscape and takes you to the herds of vicuñas in their natural habitat. 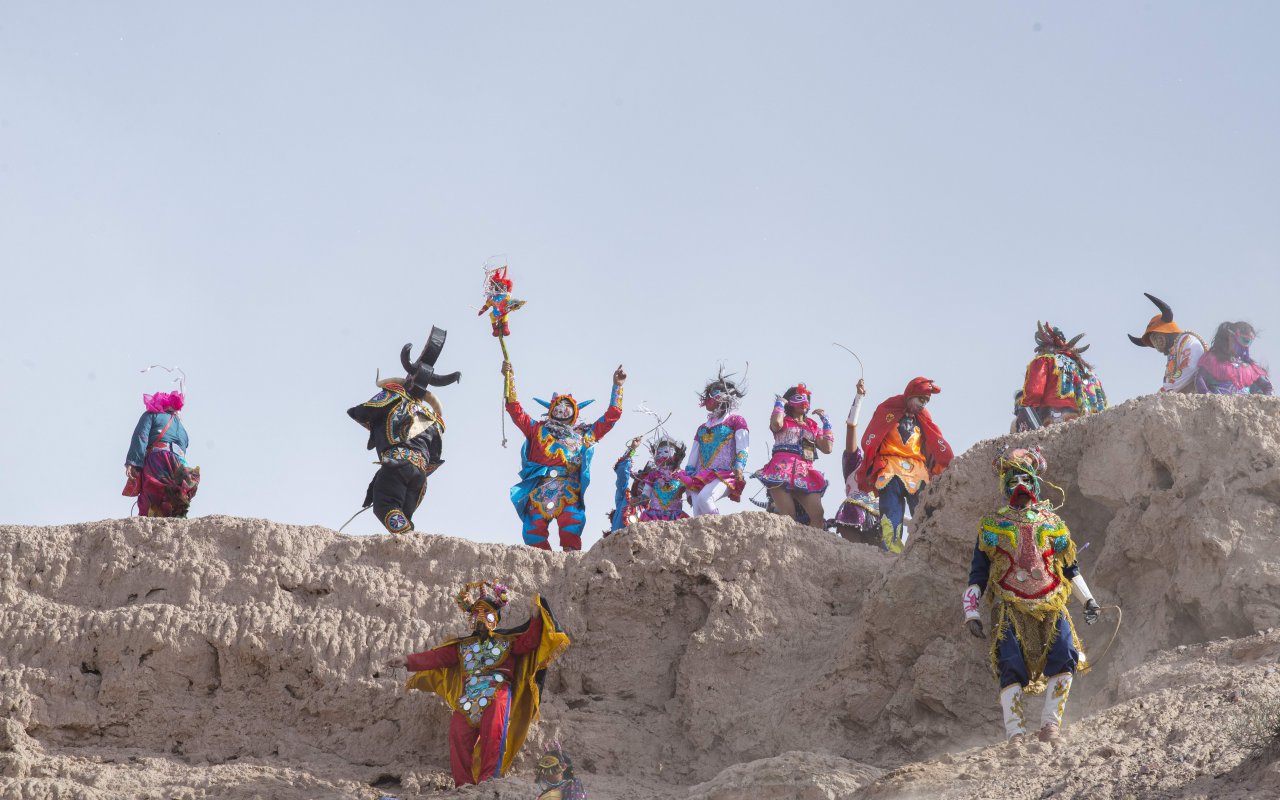 Every year in February, thousands of people head to the Quebrada de Humahuaca to celebrate Carnival, from the village of Volcán to Quiaca. This popular fiesta brings together the comparsas of the region who get the crowds dancing in their colourful outfits. The diablos, the colourful devil-looking inhabitants, are the centre of attention.

Once the diablos carnavaleros are released, the streets are filled with dancers, colours, paintings and flour to the sound of charangos, cajas peruanas, quenas, sikus and guitars. The participants in the festival follow the devils throughout the village and stop in the houses where they are invited to drink and dance. Carnival fever is in full swing, driven by everyone’s devil, “Soltame Carnaval! «

The best known carnivals are those of Humahuaca, Purmamarca and Tilcara. 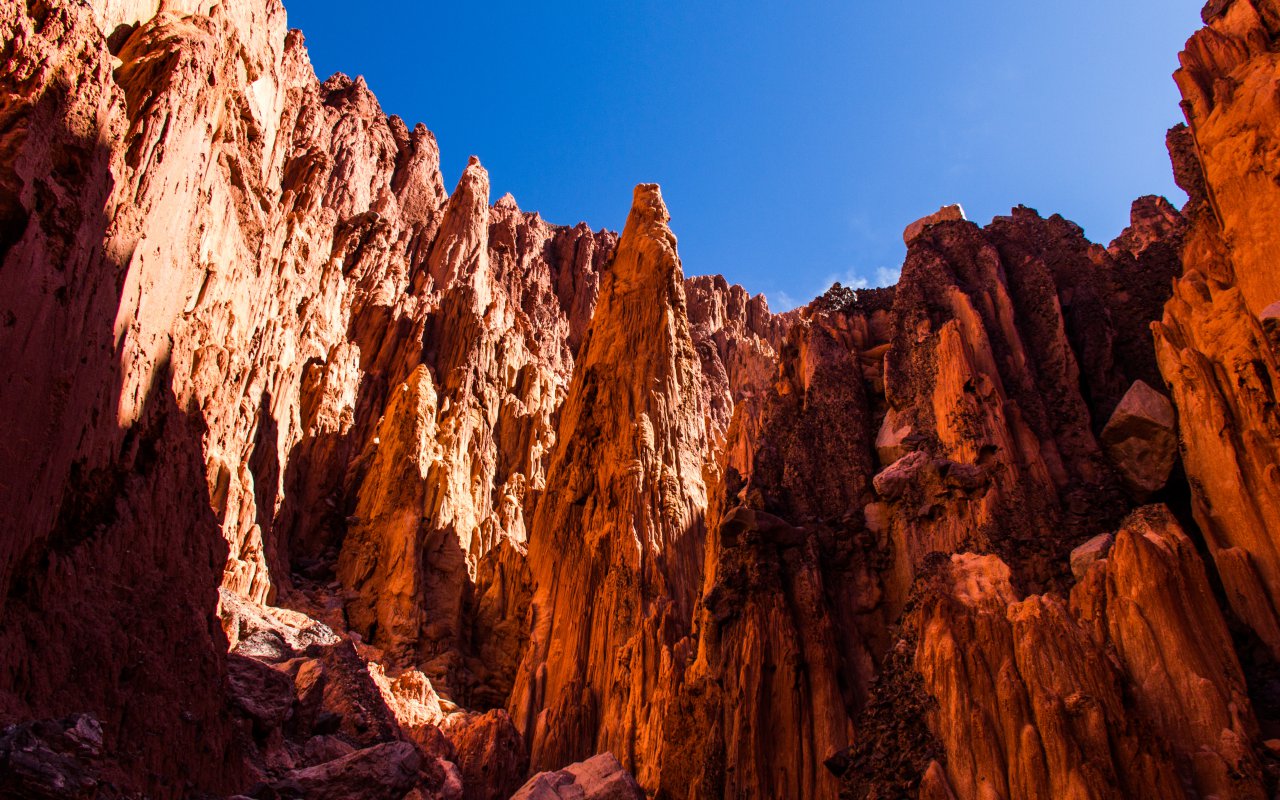 According to legend, during the Inca Empire, a group of young women left Peru carrying large quantities of gold. Pursued by the Spanish invaders, they fled and found themselves trapped in the ravines. It is said that somewhere in the Quebrada de Humahuaca is hidden this precious treasure.

Legend has it that they offered their lives to the pachamama (Mother Earth). The pachamama, in gratitude, would have erected these colourful peaks that are now known as Quebrada de las Señoritas (Ladies’ Gorge).

4/ THE YUNGAS, AND CALILEGUA NATIONAL PARK 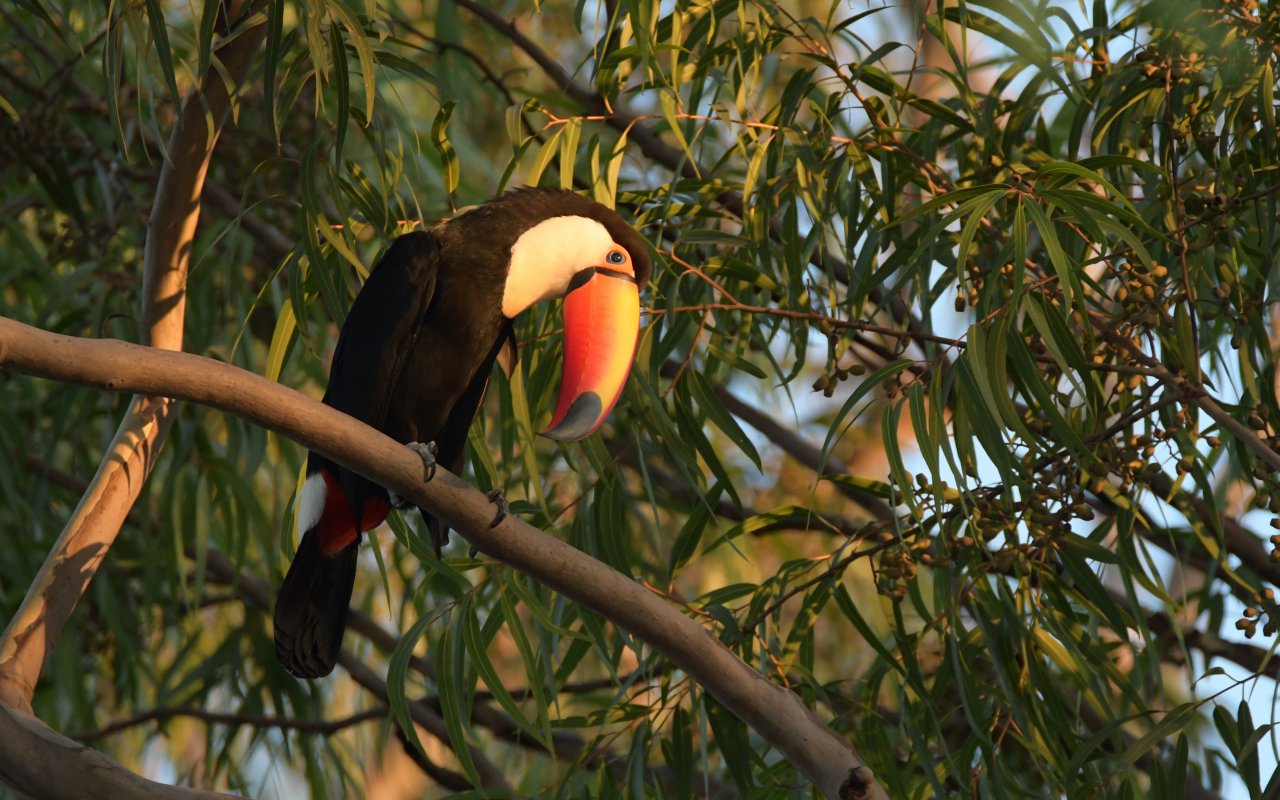 Near the town of Calilegua is the entrance to the National Park, which covers 76,307 hectares and is the largest protected area of the Yungas in the country. Giant otters, ocelots, honey bears, jaguars, tarucas and a wide variety of birds, among other species, have found refuge in this territory. The park has viewpoints, paths and a bicycle path. The Guarani Intercultural Trail stands out and can be visited with an indigenous guide who tells the stories of the Ava Guarani people. 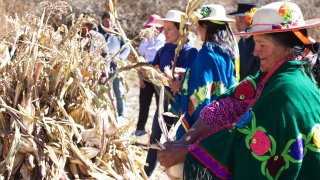 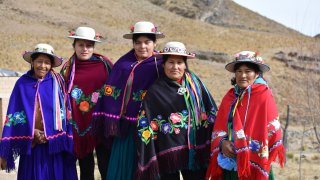 Santa Ana and Caspala are located about 250 km from San Salvador de Jujuy, the capital of the province. Perched at an altitude of 3070 metres they are surrounded by valleys and hills of 4 thousand metres high.

It is here, in the heart of the Yungas Biosphere Reserve, that 50 families and a population of 177 people live.

Among the customs of the place, the colour of the clothes worn by the women, which varies according to their age and marital status, is noteworthy.

From Caspalá it is possible to trek to the archaeological site of Antiguito, where you can enjoy one of the most beautiful panoramic images of Caspalá, with its adobe houses and the Chico river that runs through the valley. In addition, visitors can share the daily routine with the local communities, such as milking goats, skinning shallots, making cheese and learning more about the agricultural culture of the area. 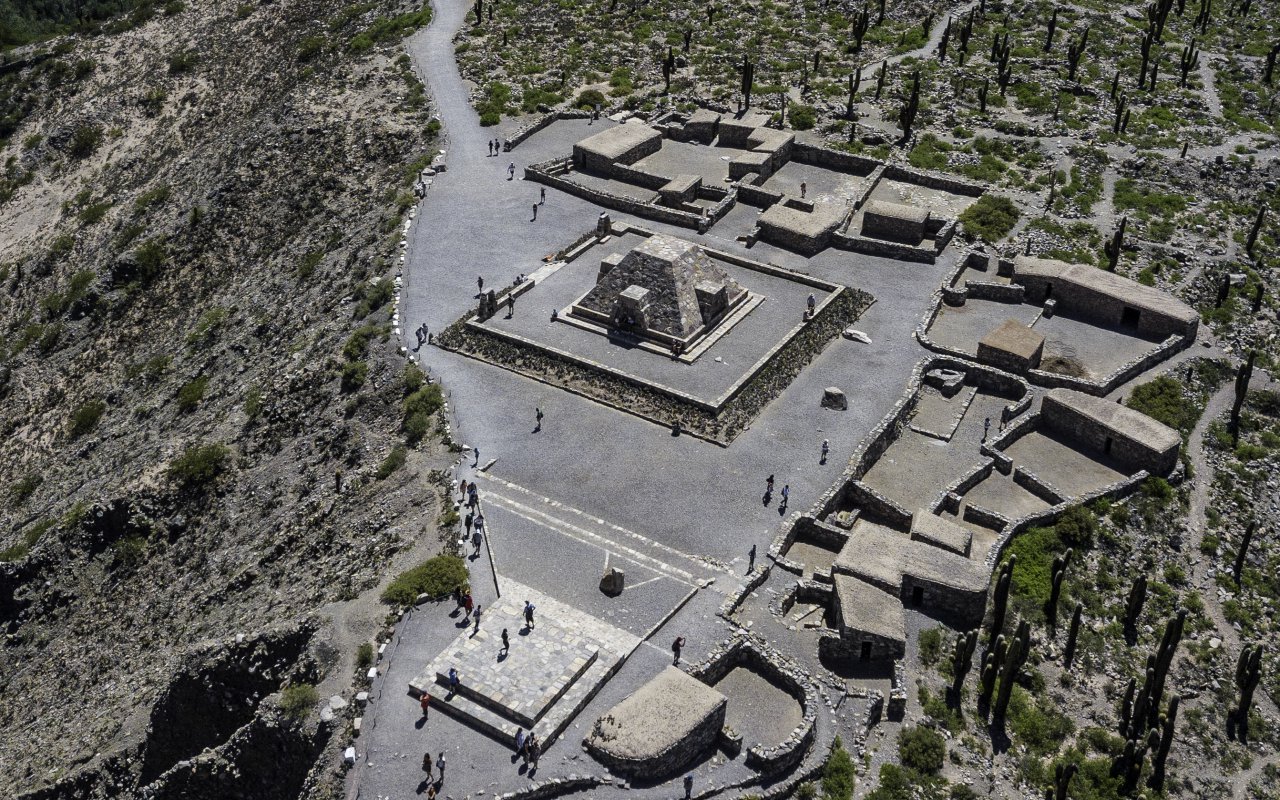 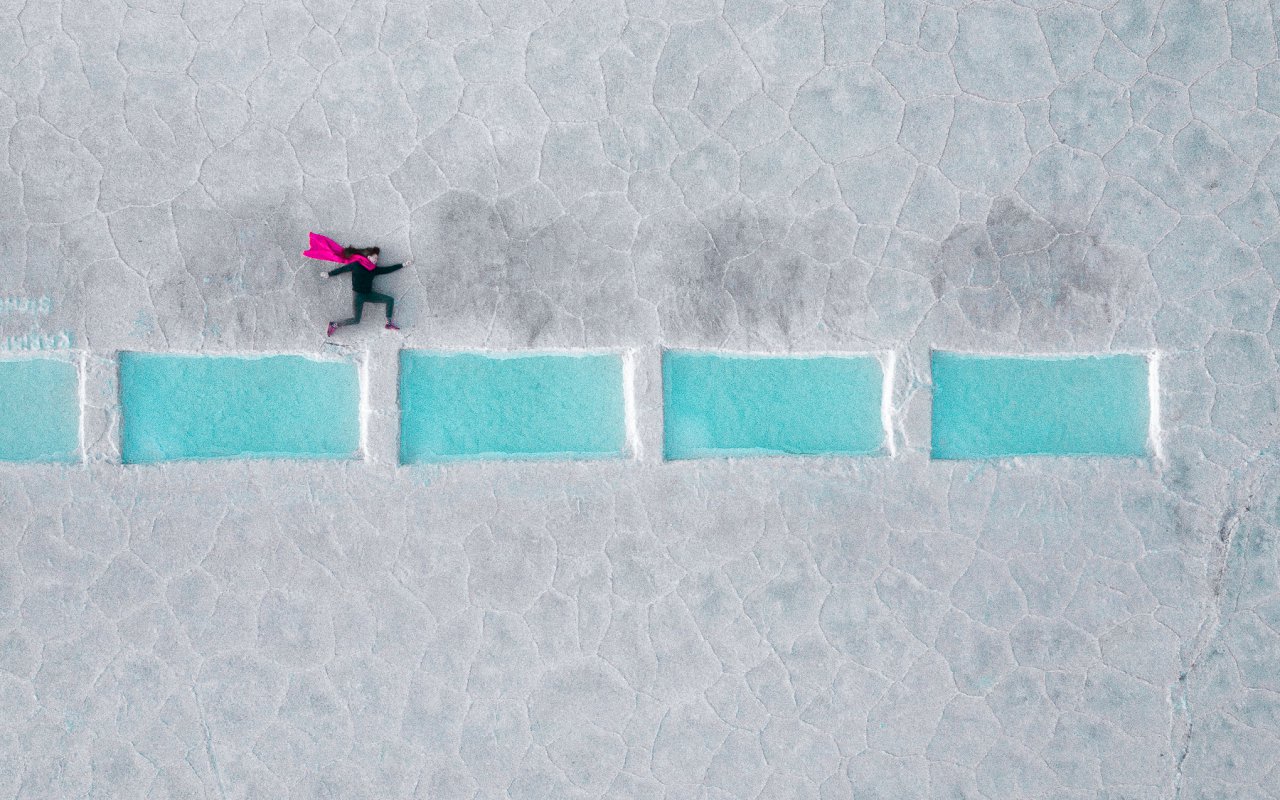 Les Grandes Salines: the third largest salt desert in the world! An expanse of salt as far as the eye can see covering more than 212 km2 shared between the provinces of Salta and Jujuy. The traveller will be charmed by the contrasting colours between the salty white and azure blue of the sky and the salt mining pools. The Salinas Grandes are the third largest saltworks in the world after the Salar de Uyuni in Bolivia and the Salar de Arizaro in the province of Salta.

The Salinas Grandes are located 3,350 metres above sea level with a salt layer 10 to 50 cm thick. It was originally a flat-bottomed, swampy lagoon with a prolific fauna of microorganisms and aquatic vegetation.

8/ PURMAMARCA & THE HILL OF THE 7 COLORS 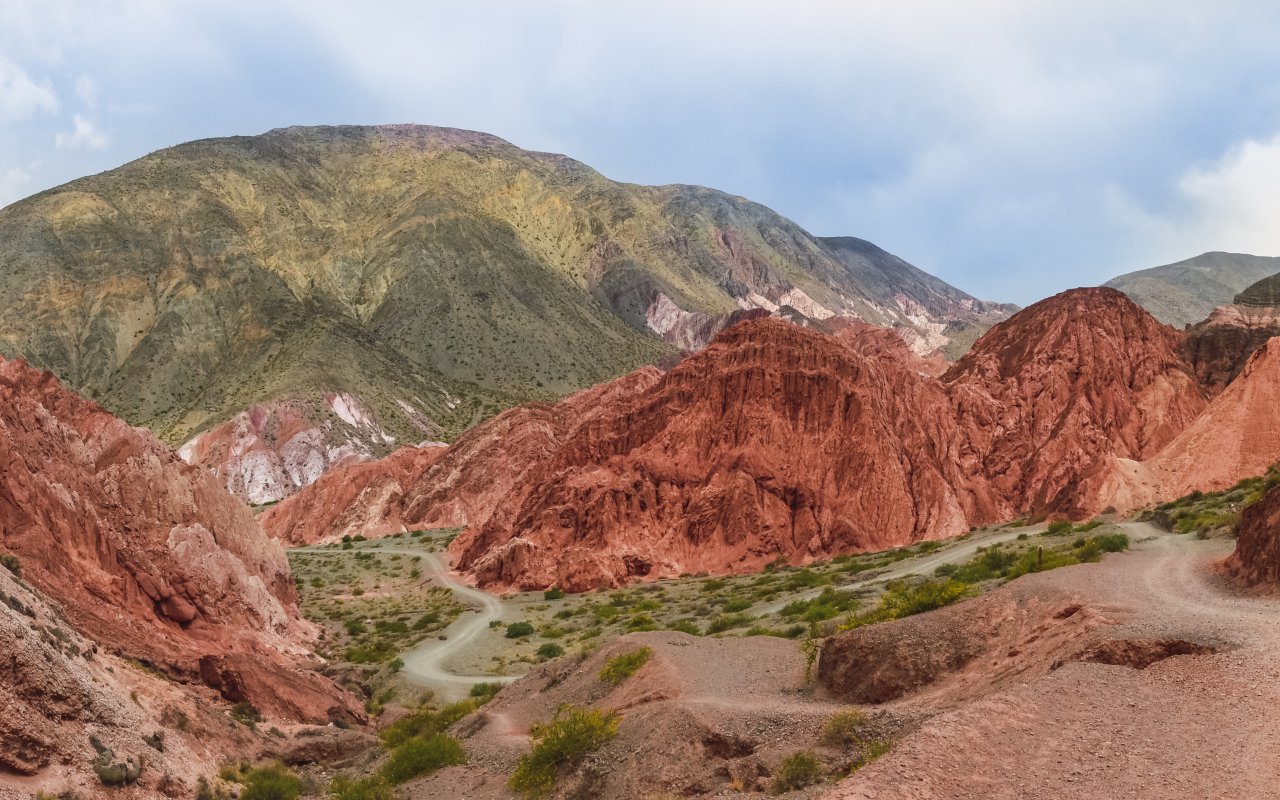 This village of pre-Hispanic origin in Quebrada de Humahuaca has been declared a National Historic Site for its culture, typical architecture and customs.

Purmamarca belongs to the department of Tumbaya, which was founded in 1594. Its architectural style combines the colonial style with the use of local materials such as adobe, cardón (cactus wood) and barro.

Purmamarca is also the gateway to the Salinas Grandes through the Cuesta de Lipán. One of the must-see destinations in northwestern Argentina! 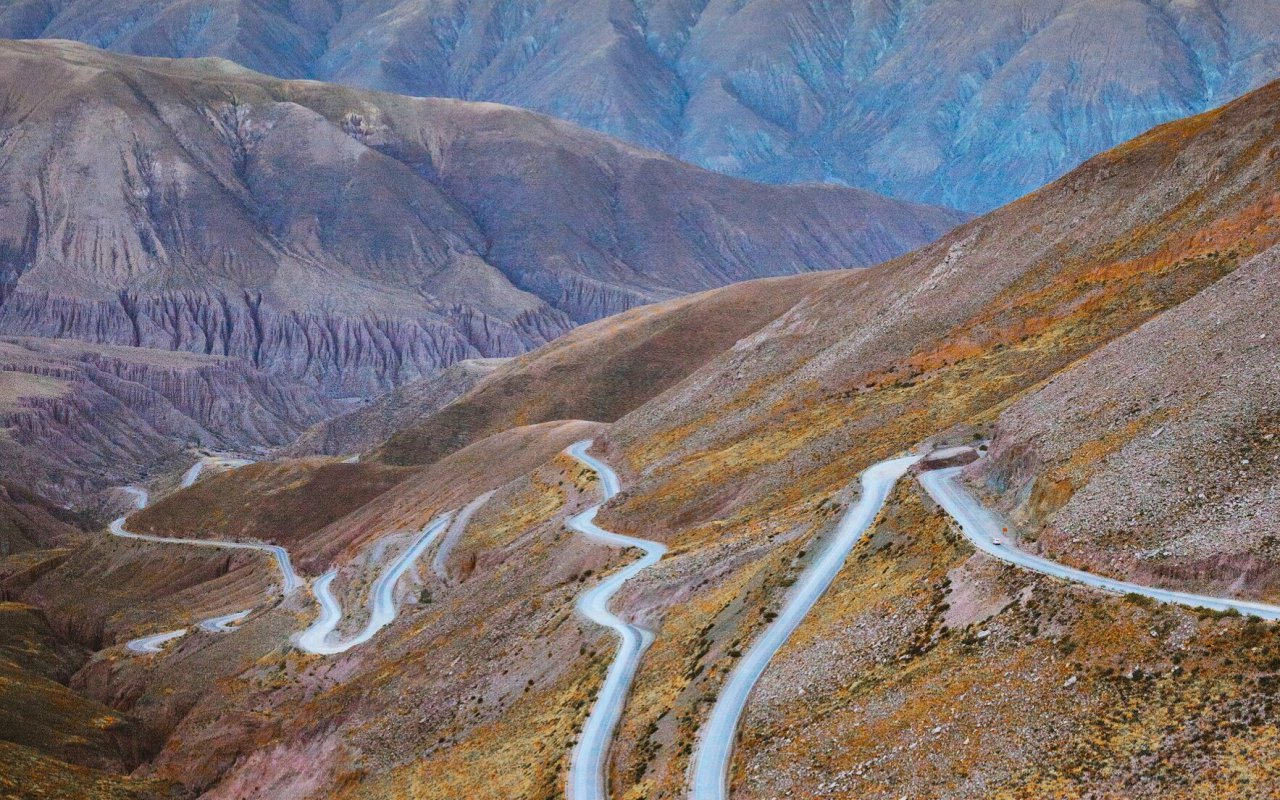 The traveller to the Great Saltworks from Purmamarca will pass through the Cuesta de Lipán, a winding and vertiginous ascent that culminates at its highest point at 4170 m above sea level. This route continues to the Paso de Jama, on the Chilean border, uniting the Puna with the Atacama.

Once the coast is climbed, the traveller will see a white stretch of land on the horizon against the backdrop of the Puna landscape: the Salinas Grandes.

10/ YOUR MOST BEAUTIFUL PHOTO OF JUJUY!

Write to us and share your best photo from your last trip to the province of Jujuy, with your permission we will publish it in this article!

To your photo albums! 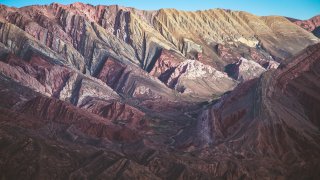 Are going to plan a trip soon?

Build your customized trip with our team of travel experts.

Ask for a quotation
?

See all of our travel categories

The magic of the mythical Route 40

Culture and vineyards of northwest Argentina

Check out other articles that might be of interest

The children of Llullaillaco

Top 10 of a travel in North Argentina: Jujuy

By continuing your browsing, you accept the use of cookies that allow us to collect statistics on visits and offer you better quality content.